The Camino de Santiago are the routes of pilgrims who flock to Santiago de Compostela since the 9th century to venerate the relics of the Apostle Santiago Maior, whose supposed tomb is in the Cathedral of Santiago de Compostela. After several centuries of being relatively forgotten, since the 1980s the pilgrimage’s popularity has grown substantially, and the Camino has become a first-rate spiritual and cultural itinerary, which tens or hundreds of thousands of people travel every year. In 1987 it was declared the First European Cultural Itinerary. 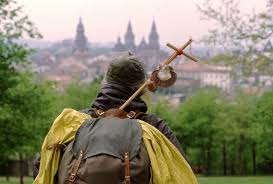 For more information, text us an email to reservas@casadevilar.pt